2018 | February
Our Scottish adventure continued with a drive to the Isle of Skye, where we looked forward to a day spent enjoying phenomenal scenery from the car and a hike to an amazing set of waterfalls.
Then winter happened.
The weather was, let’s say, uncooperative. Fierce winds, driving freezing rain, and low visibility meant that we did not see much and we definitely didn’t hike! It was probably the most disappointing element of the trip for me because it was the part I had most looked forward to. Guess I’ll just have to go back. In the summer. 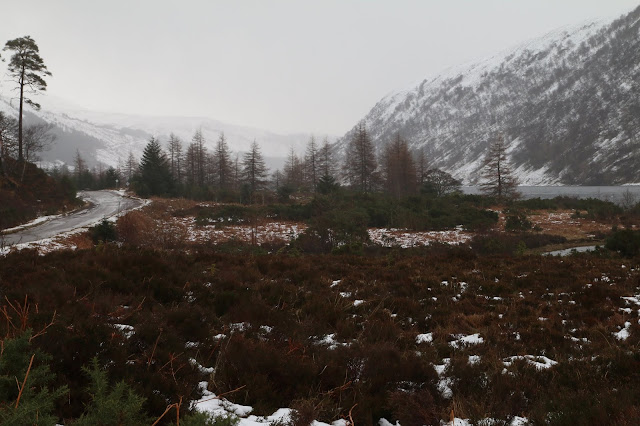 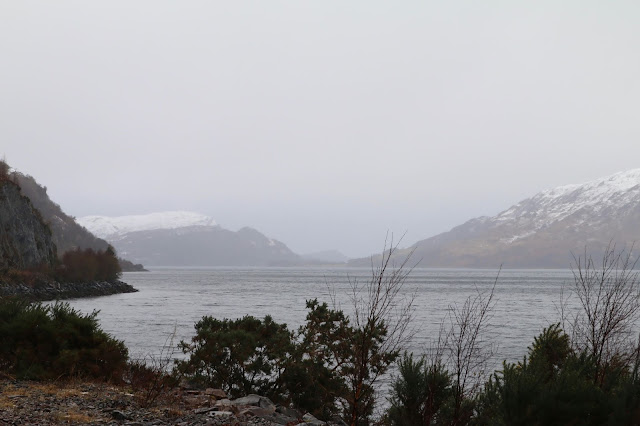 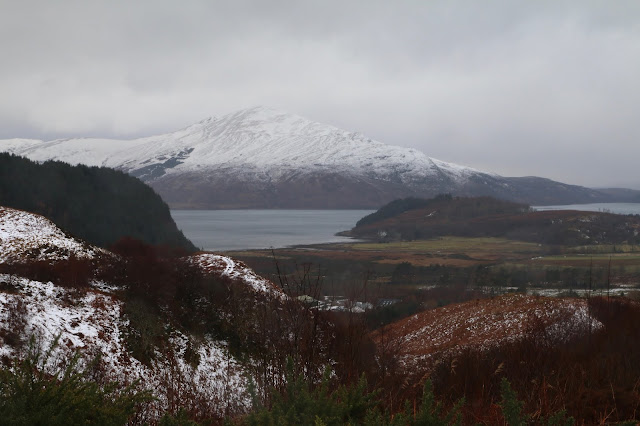 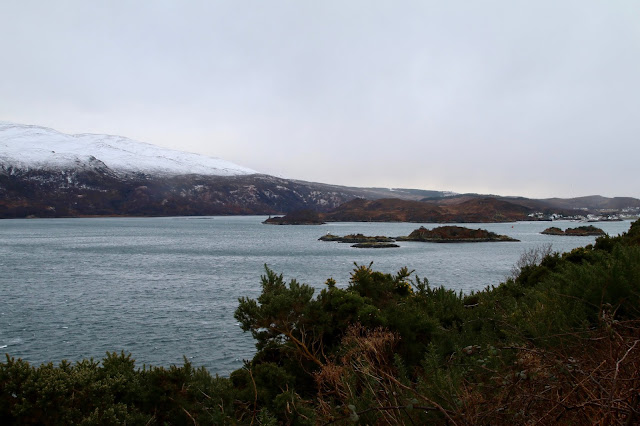 Our intention was to visit Eilean Donan castle, but unfortunately, it was closed for a Valentines’ Day wedding. So, enjoy this picture of our little valentines instead. 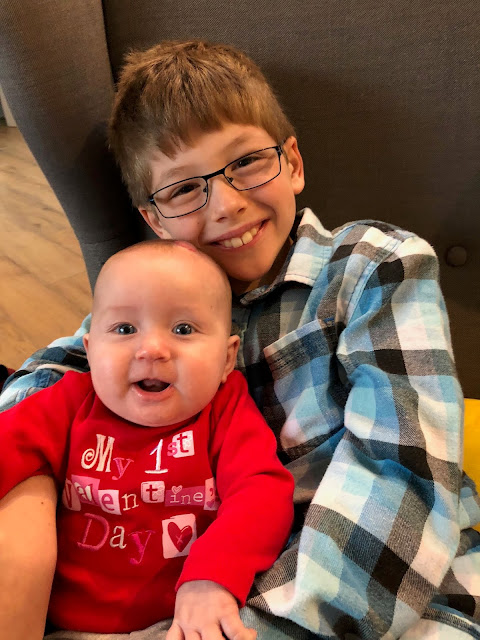 While visiting England a couple of years ago, we learned the value of keeping some crackers, cheese, and honey on hand for an easy lunch while out and about. We parked and ate and looked out the window at some stunning scenery while the clouds moved off and blue sky began to peep through. A little.
With nothing quite going to plan that morning, we decided to give up and head back towards Inverness to see if we could tackle some other areas on our list. At one point, we came to a “T” in the road and we needed to turn right. However, there was a sign that said if we turned left, there was a castle ruin a few kilometers away. We decided the detour was worth a look and headed down the road to check it out. After a drive through the quaint little town of Lochcarron, we found Strome Castle perched on the edge of a cliff overlooking the waters of Loch Carron. No one else was around. We had the place completely to ourselves, which just made it even more fantastic. Taking that detour turned the day around for us and we were so glad we did it. I suppose that’s a pretty good metaphor for life– sometimes a detour from your original path can lead you to an unexpected amazing new place. (I know, it’s a travel blog. No more philosophy.)
The one thing James wanted to do more than anything else in Scotland was visit Loch Ness. He was not content to see it,  he had to get down to the shore and be next to it. He would have been in it if it wasn’t for the freezing to death while wet part, and only then because Mom said no. Short of taking a boat tour, which we vetoed because of Ellie, we weren’t sure about how to get to the actual shore. Luckily, without much searching, we found a pull-off with parking spaces and it had stairs down to the loch. Woohoo!
The next day we left our little stone cottage at the croft and headed to the Speyside area. Home to over 50% of the distilleries making scotch whisky, this region is not to be missed if you are a fan of scotch. Which Chris is. The poor man was forced to choose only one distillery to tour, so he decided on Glenfiddich— his favorite. Knowing the afternoon tour came with tastings, I suggested a hearty lunch might be in order (he’s the only one keen to drive in the UK). The internet on our phone (no idea which app it was) recommended A Taste of Speyside, not far from the distillery and due to open for lunch just a couple minutes after we would arrive. Sounded good to us!
There was a parking spot just in front of the restaurant in downtown Dufftown, so Chris hopped out to make sure it would work before we unloaded the children and all the corresponding stuff one needs when taking children out of the house. The door was locked so he peered through the window to see if he could see anyone. There was a man inside (who turned out to be the owner and chef) who came to the door when he saw Chris. Their exchange went a little something like this:
Owner: “Can I help you?”
Chris: “Are you just not open yet or not open today?”
Owner: “We are closed until tomorrow. What did you need?”
Chris: “We were hoping to get some lunch but that’s okay. We can find someplace else.”
Owner: “But it won’t be as good, will it?”
Hilarious! After learning there were only four of us and one wasn’t eating, he invited us into his otherwise closed restaurant to have lunch. He apologized for not having the full menu available (seriously) and then proceeded to make us an absolutely delicious meal. We stayed there for two hours enjoying the food and the company. He sat and chatted with us on all manner of topics, including politics, whisky, and tourism, and it was a highlight of our trip for sure. If any of you ever travel to that area, please stop by and enjoy a meal there. You won’t be disappointed. 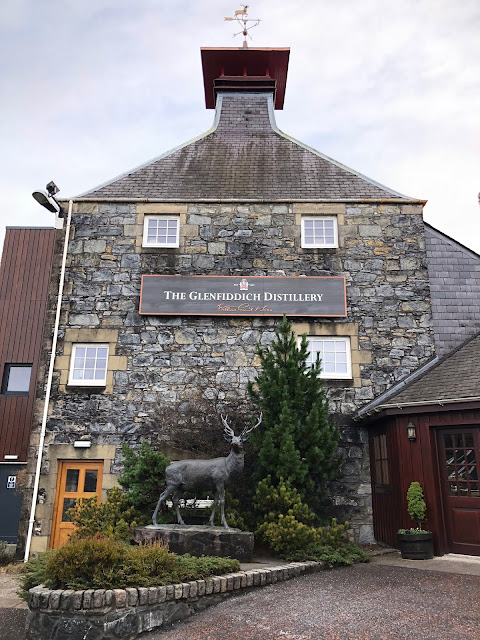 After enjoying the tour and the tasting, we headed out to the house we were staying in for the night located in Aberlour. It was a typical family home with a really lovely view over the local countryside.
The next morning we were heading out of Speyside and making our way down the scenic route to Edinburgh that would take us through Cairngorms National Park. But first, since it was a beautifully sunny day, we took a short hike that we hoped would lead us to a scenic waterfall. It didn’t. Nature is lovely in all forms though, so it was good to just be outside in some sunshine. Another short stop at the interesting Speyside Bridge let us enjoy some outside time before we were in the car for the 3 1/2-hour journey to Edinburgh.
After arriving in Edinburgh and getting all checked in to our flat, we took our hosts’ recommendation and headed out for dinner at The King’s Wark whose building dates back to the 1400s! Ellie was a bit fussy and multiple diners in the restaurant took turns trying to entertain her with funny faces and chatting with us about our stay in Scotland. We had such great experiences with the people of Scotland and it really made our vacation extra special.
With only one day in Edinburgh, we chose to visit the top attraction, Edinburgh Castle. It was a great decision– such an interesting and historical place. The views of Edinburgh were fantastic and we love to experience history in places, not just books. 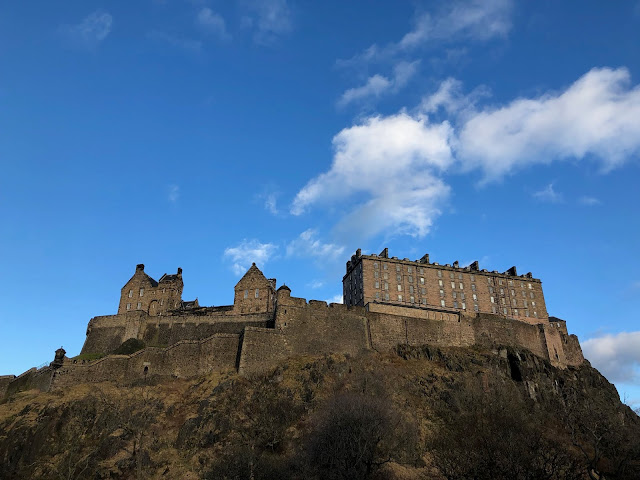 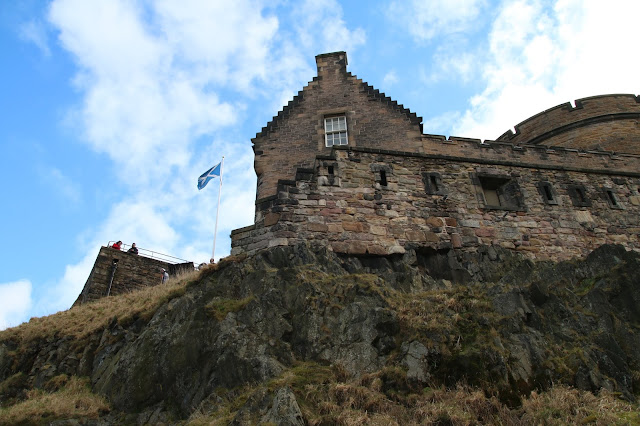 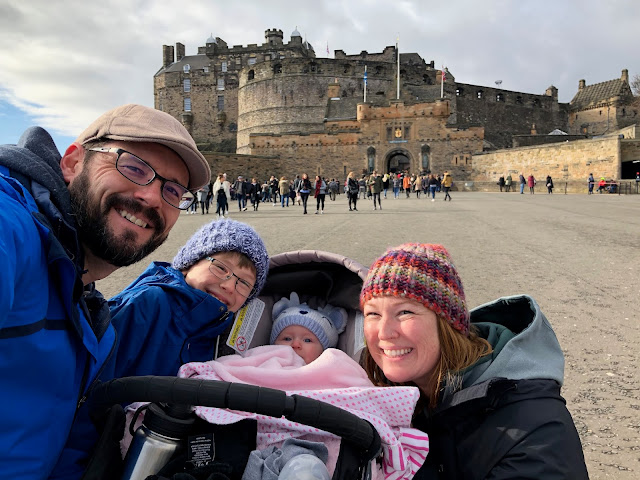 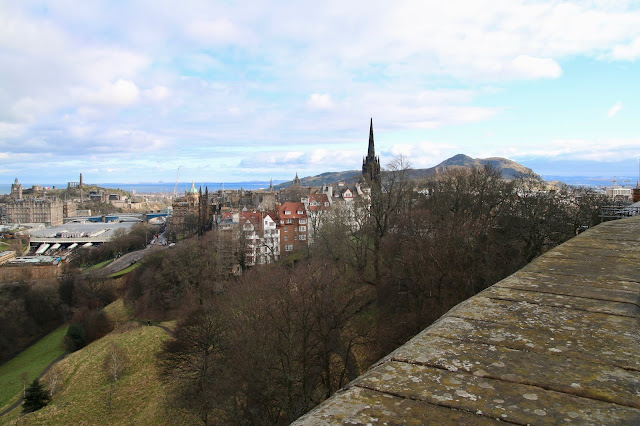 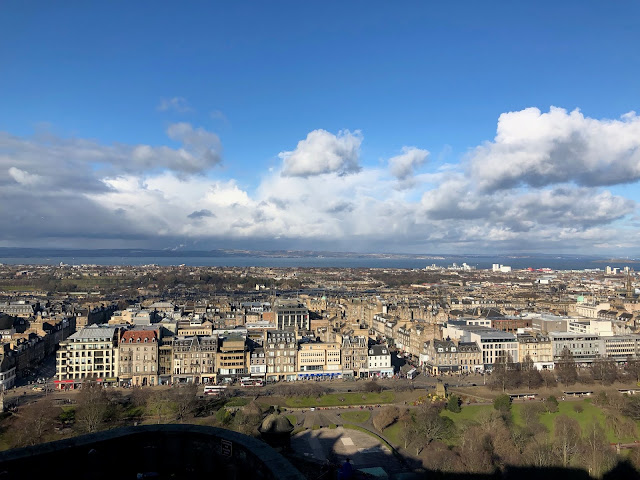 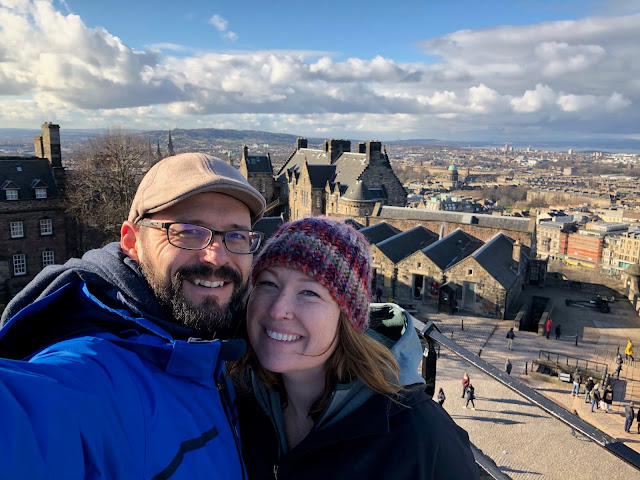 Clearly one day in Edinburgh is not enough, but we did find time to do one more thing while we were there… bagpipes!!
James has loved the bagpipes for as long as I can remember, and he has been asking to learn a musical instrument (his other choices were drums and the accordion. Really.) So, we took him to a bagpipe shop to have a look around. The young guy who helped us was just awesome. He played them for James as a demonstration and then let him try out a set, which is on the video below. It’s harder than you think! In the end, we left the store with a chanter (the recorder-looking part that has the finger holes) and an instruction guide. Should he desire, we can move forward down the road with the bag and pipes. Also, that instrument is so much louder than you realize– SO LOUD! 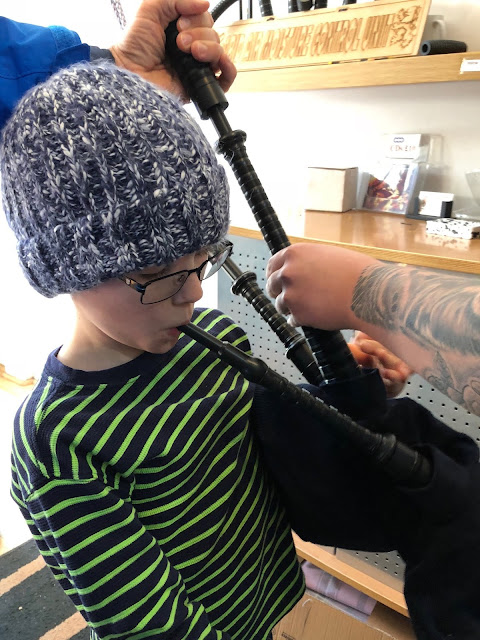 After a very busy week of exploring as much of Scotland as we could squeeze in, it was time to head home. We left Edinburgh and drove to Manchester, England on Friday night so we could stay at a hotel right next to the airport for our very early Saturday morning flight back to Orlando.