Uncategorized
Our little man turned five on February 27! How fast the time flies…
We decided not to have a party this year, but instead celebrated in different ways all week. He loved it! I’m pretty sure he is going to expect this every year now. Oops!
We started out the week with a trip to the movies to see The Lego Movie. It’s one of our favorite family activities (the movies, not the Legos) and the movie was pretty cute.
Since James only goes to preschool on Mondays, Wednesdays, and Fridays, his school party was the day before his birthday. It is customary to bring some kind of treat to share with the class and James chose chocolate-covered donuts with sprinkles. Since I didn’t figure donuts would survive well in plastic baggies, I got some little boxes and used some pirate bits left over from last year’s festivities.
We had our little family party on Wednesday night as well, due to what James wanted to do on his actual birthday. You have to keep reading to know what that is. No one will be surprised to hear that James had very strong opinions on everything his cake. He requested a white cake with chocolate brown frosting on the outside and pink frosting on the inside. Not the prettiest thing, but it tasted pretty good. 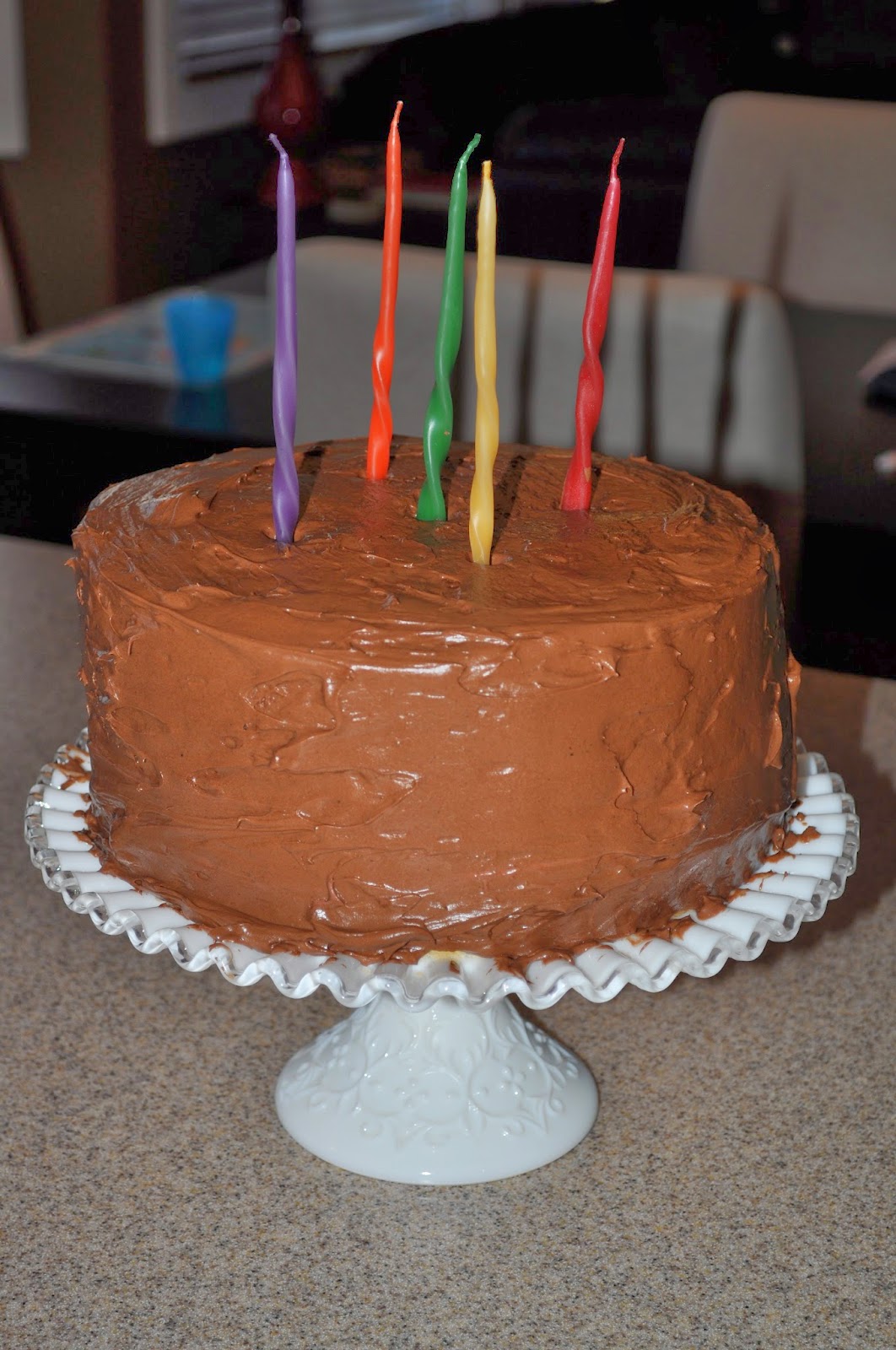 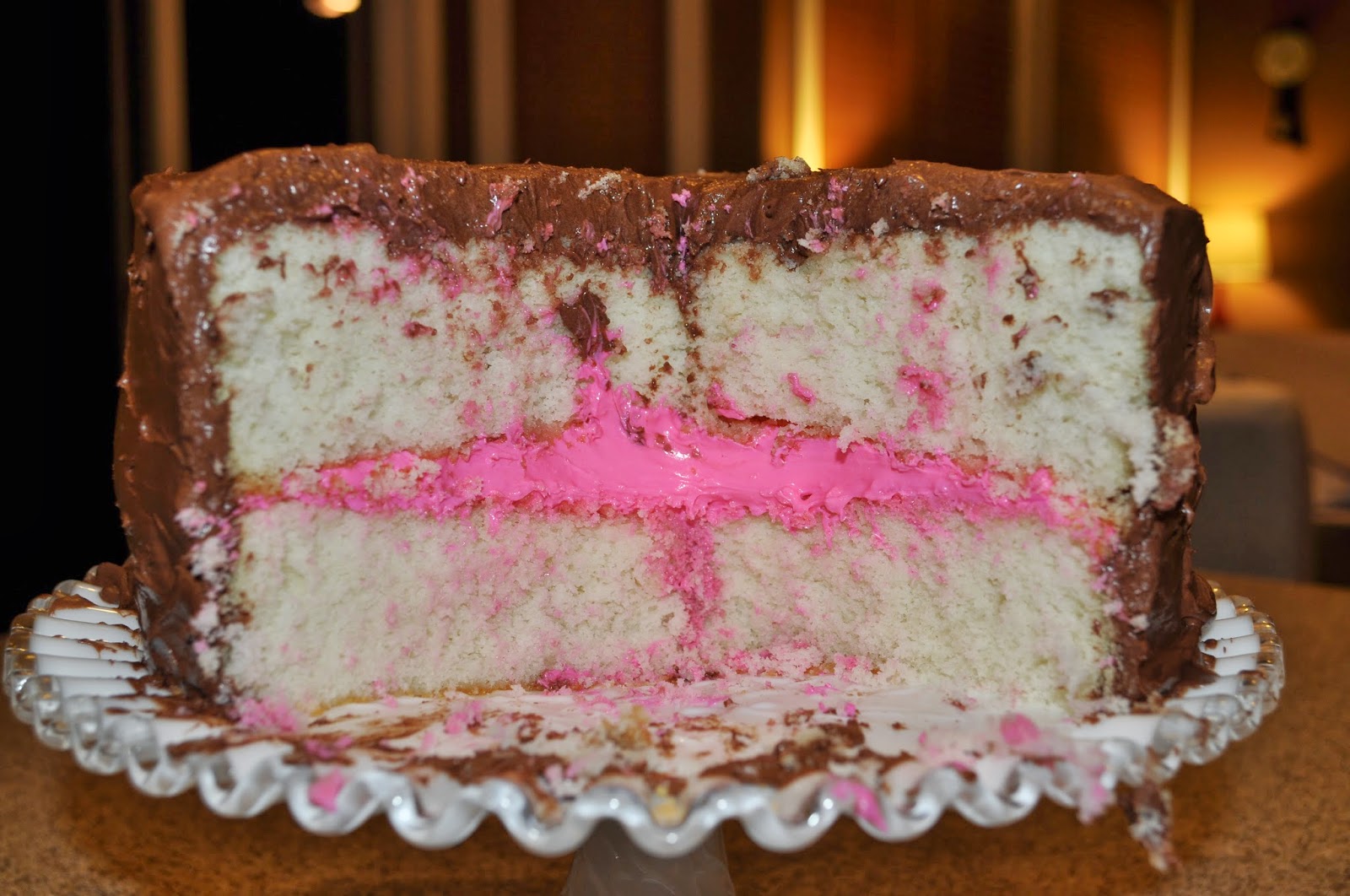 Thursday finally arrived and he was officially 5! I’m pretty sure he told every person we encountered, whether they wanted to know or not. He got a special donut for breakfast and lots of balloons to play with, courtesy of Mom. Just after lunch, his little friend, Mirai, came over to play. Once it was close to the time Chris got off work, the real activity commenced. James insisted on spending his birthday at Classic Fun Center (I was convinced it was a portal to hell, but I really love him so I went.) We met Chris there and James and Mirai got to playing. There were two main activities that they did that night, the jungle area and the bounce house area so it was basically 2 hours of running and jumping. They had a fantastic time! Dinner from Chick-Fil-A on the way home completed the night. He informed me later it was “the best birthday ever” so I suppose it was worth it.
Friday night we had a birthday dinner with some wonderful friends at Carrabba’s, which was James’ restaurant choice. I, unfortunately, did not get any pictures, so you’ll just have to trust me that it was a good time.
The rest of the week was spent opening presents that arrived and playing with all his new goodies. Thank you so much to all of you that sent cards, presents, and phoned. We love and appreciate all of your birthday wishes!
Chris and James closed out birthday week on Sunday with a great day of skiing together.
Happy Birthday to our amazing boy who makes everything better just by being part of our family! We love you more than we could express, even with a week of fun activities and treats.